A Look at Richardson’s Beginnings

As Richardson celebrates its 150th anniversary in 2023, it is important to look back at where the city came from. From its founding in 1873 as a small railroad town to its current-day status as a city that is home to businesses and institutions that help develop the technology that changes the world, a lot has happened over the past 150 years. In the months leading up to the 150th Anniversary Celebration on June 24, Richardson Today will be telling some of these stories and exploring the people and events that helped shape Richardson into the place it is today, beginning this month with the story of Richardson’s founding.

Richardson was founded by the Houston and Texas Central Railway, which in the early 1870s was in the process of expanding its rail line northward to Red River City, near present-day Denison, Texas. In the first volume of his series, “A Sesquicentennial History of Richardson, Texas,” Steven R. Butler writes, “Seeing the chance to benefit both themselves and their neighbors by making it easier (and hopefully, cheaper) for their crops to reach market, three men who owned property in the northern part of [Dallas County]—William J. Wheeler, George L. Blewett, and Bernard Reilly—agreed to let the H.&.T.C. have a right-of-way across their land, which caused the tracks to bypass nearby Breckinridge.”

Breckinridge, which preceded Richardson by about 15 years, was a small settlement located near where Richland College now lies. Breckinridge had a general store, blacksmith shop and a two-story wooden house, known as the Floyd Inn. The house belonged to the community’s founder John B. Floyd, who is buried in the Floyd Pioneer Cemetery, which is located on an acre of land that is now surrounded by Restland Memorial Park.

With the railroad’s decision to build a depot northwest of Breckinridge, the community ceased to exist in 1873, and Richardson began to grow. In his book, Butler details how the railroad built its depot on land near where today the DART Light Rail bridge crosses Main Street in downtown. The next year, the railroad began selling lots of land in Richardson. The first lot was bought by Thomas L. Frank on Oct. 15, 1874. Frank’s lot was located at the southeast corner of modern-day East Main Street and Texas Street. Interestingly, it would be another 3 ½ years before the second lot was sold.

With the original land for Richardson coming from the Wheeler, Blewett and Reilly families, where did the name Richardson come from? Alfred Stephen Richardson was the secretary and treasurer of the Houston and Texas Central Railway and the man who Richardson was named after. Richardson was born in Austin County, Texas in 1830 and graduated from Harvard Law School before returning to Texas and eventually working for the railroad. Naming towns after railroad employees was common practice at the time, Butler writes, noting that the cities of Bremond, Groesbeck, Ennis, Hutchins, Allen and Howe were all named after H.&.T.C. officials. Richardson died in 1899 and is buried in Glenwood Cemetery in Houston.

In its earliest years, Richardson was a farming community with residents growing crops including wheat, oats, cotton and corn. Butler writes that in 1881, Richardson was home to two general stores, one grocery store, one drug store and four doctors. He notes that while Richardson in the late nineteenth century looked like many of the Wild West towns seen in movies—it had unpaved streets and hitching posts in front of buildings—it lacked a saloon.

Richardson was founded as a railroad town and its earliest residents were largely farmers, but it was not destined to remain that way. Next month, we’ll take a look at Collins Radio, Texas Instruments and the other businesses that helped transform Richardson into the city it is today. 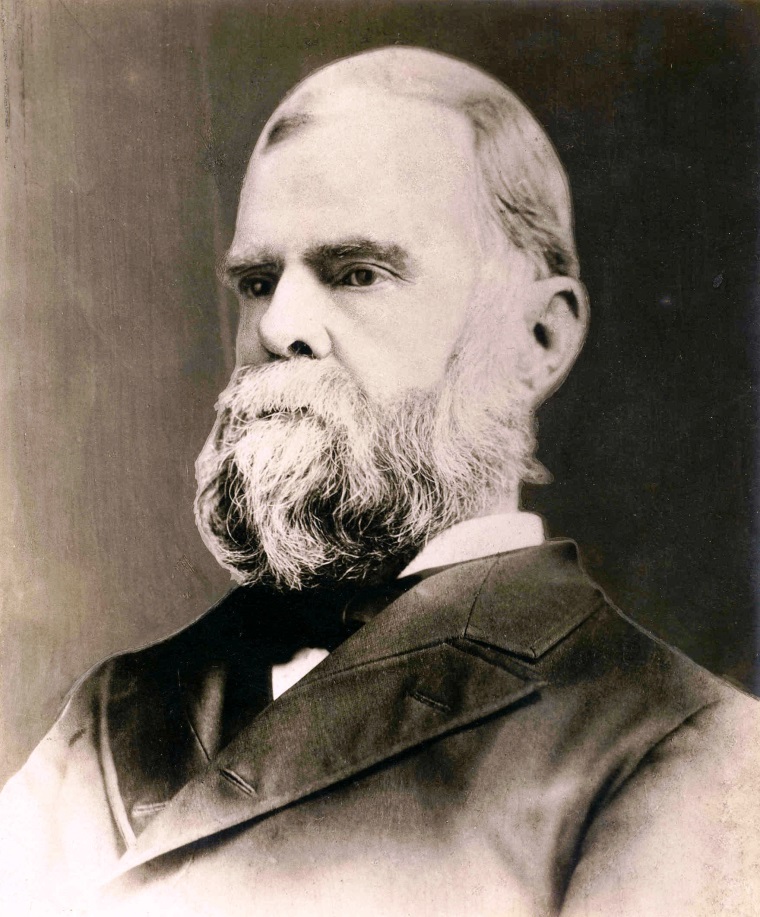